Norfolk has a rich wildlife and is home to species that are hard to find elsewhere in the UK, yet you have a great opportunity to see them here!

This county has a diverse landscape and good conditions for mammals, birds and insects. Looking at the map, we have it all: from the coastal/ marine habitat and marshes in the north to the east, backed by heathlands midway, and the Brecks and Fens in the south/ south-west.

The nearly 100 mile coastline attracts many migrant birds and sea life, and truly is a naturalist’s playground. Bird watchers from across the world come to our magnificent coast to marvel at its sight and sightings! We also have the beautiful Norfolk Broads which is the largest protected wetland area in the Britain. So throughout the year, you can find one or more of Norfolk’s big five.

We start off with an insect which is one of the oldest insect species in the world - some 300 million years. Not your run of the mill insect you understand but a Norfolk specialty; the Norfolk Hawker. This dragonfly is only found in eastern parts of Norfolk and north east Suffolk. Its main feature is given away by its Latin name Aeshna isosceles. This green eyed dragon is badged with a small triangle on its thorax rendering it unmistakable.

When can you see it?

Late May and June as they appear as adult dragonflies with a 'flight period' until mid-July. 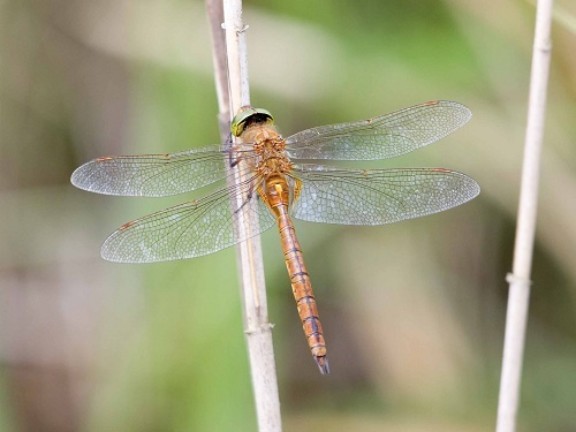 Norfolk has its fair share of marine mammals but one stands out above all others; the grey seal. No trip to Norfolk is complete without a sighting of these entertaining animals. We have two main colonies of grey seals on our coast and they are doing very well indeed; numbers are on the up. Although they can be seen at any time of year, winter is the best when they come to pup on the beaches.

All year round and best between November and January. 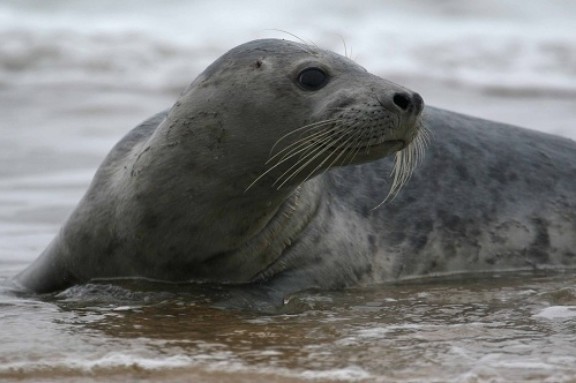 Another insect. Well, it’s not really an insect, is it? It’s more a creation of beauty. Anyone who has seen a swallowtail butterfly will not forget it. The largest of British butterflies (it’s as big as your hand) is inextricably linked to milk parsley. Sightings are therefore limited to the Broads. 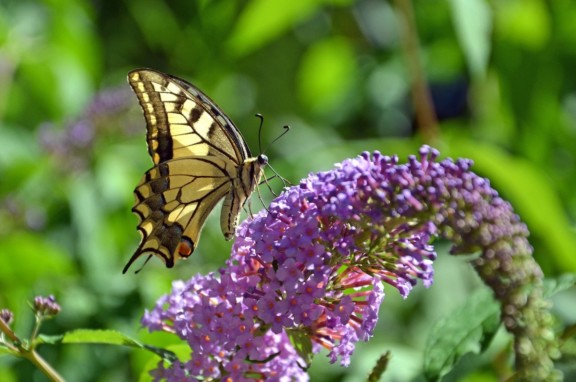 Many are surprised to learn Norfolk is one of the very few places where you can find a common crane within the UK (image on the left). It is one of Europe’s largest birds with a wingspan of between 1.8 to 2.2 metres. In the past, they were common in East Anglia, yet since the 1970s only a small breeding population established itself in the Norfolk Broads.

It is difficult to say exactly how many we have but I would give a rough estimate of between 40 and 60. So not many and therefore it is on the 'Amber Conservation' list.

These large birds can be so obvious sometimes and on other occasions so elusive. How something with a two-metre wingspan can melt into invisibility among reeds has to be seen to be believed.

They can be seen in Norfolk all year round. 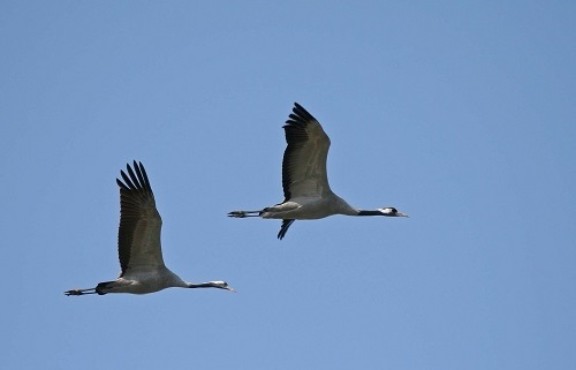 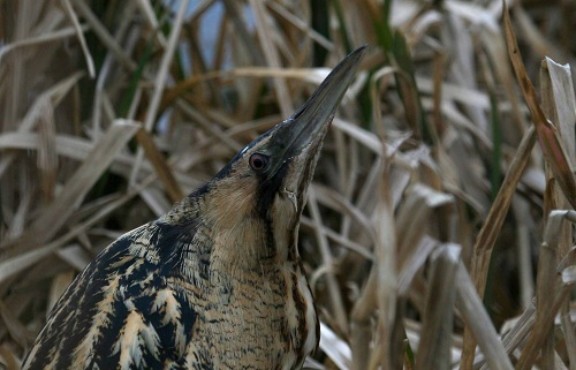 Another inhabitant of our reed bed is the bittern. It is one of the rarest bird (endangered) and although not exclusive to Norfolk this is perhaps one of the best places in the country to see one. They can be seen flying over the reeds in late spring and early summer when adults are feeding young. Or perhaps in winter when water is frozen and they venture out onto the ice. Either way, they are a magnificent creature with undoubtedly one of the loudest calls you will ever hear from a bird!

Can be seen throughout the year in the Norfolk Broads (reed beds).

So there you have it; my Big Five. Although to be honest it could just as easily been my Big Fifty. Norfolk has a lot to offer!

Article and photos by Carl Chapman who runs Wildlife Tours & Education, including the Norfolk Safari. Main image is by Greenwings in Norfolk.

If you enjoyed this, here is a great article about the Norfolk Broads.