A fun day out in Norfolk is definitely going to the coast, walking along the beautiful beaches and then embarking on these wonderfully inhibited sea animals. This is nature up close and a very special experience.

In Norfolk you can find common (harbour) and grey seals and the majority have their home in a prime spot on Blakeney Point Nature Reserve. The common seals have their young between June and August, and the pups can swim almost immediately.

The Atlantic Grey seal colony at Horsey and Winterton is one of Britain’s great wildlife spectacles. The flat beaches, shallow waters and high dunes offer seals an ideal location for giving birth however, Horsey is closed to the public during the pupping season (October to February) You can still access two great viewing areas on the top of the dunes, the paths are roped off and clearly marked, so you will be able to see the seals without disturbing them. Outside of the pupping season, you are able to walk along the beach as long as a 10-metre rule is applied from the seals. 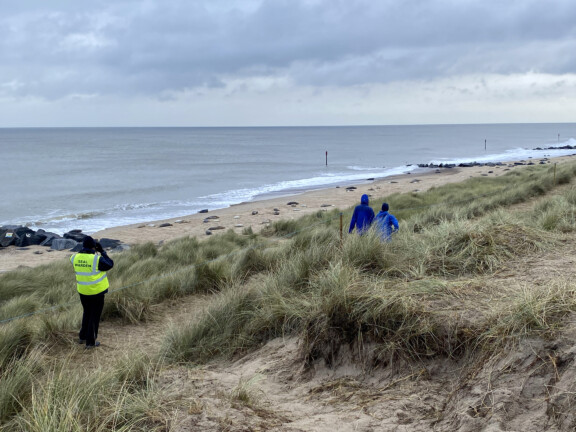 The Point is a shingle spit managed by the National Trust and is a top spot to see the common and grey seals any time during the year. Seal watching trips usually last for one hour and run daily from Morston and Blakeney on the high tide. Seals spend 90% of their time out of the water so it’s a great way to get good views of the seals without disturbing them.

Blakeney Point, with its distinctive blue Lifeboat House visitor centre, is a four-mile shingle and sand spit, which is also accessible by foot from Cley car park. (The western-most end is fenced off during the breeding season, from October to February, for the safety of seals and nesting birds).

How to see the seals:

The best and safest way to see the seals, is to take a boat trip from either Blakeney harbour or Morston quay, usually lasting about an hour (or longer in the summer when the days are lighter), where you're taken to the natural habitat of the seals around the Spit. 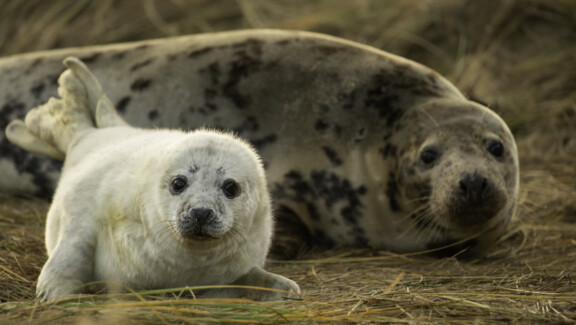 Just next door from Horsey, this lesser known beach is a lovely place to see seals. If you have binoculars do bring them as you can spot several playing and swimming in the sea. What a joy! And of course enjoy the beautiful views from atop the dunes which is designated as a Norfolk Coast Area of Outstanding Natural Beauty.

During the warmer months of the year, Brancaster beach is a good spot to see seals being in their element in the water. They play and forage in the sea so don’t be surprised if a seal pops up nearby to say hello (happened while I was swimming!).

Any time of the year this long stretch of stunning beach is great for walks, dog walking and play (of course be mindful that dogs and seals are not best friends).

They go daily from Morston Staithe or Blakeney Quay. During the high season, trips go every two hours or even every hour. Check the company’s website for more details. 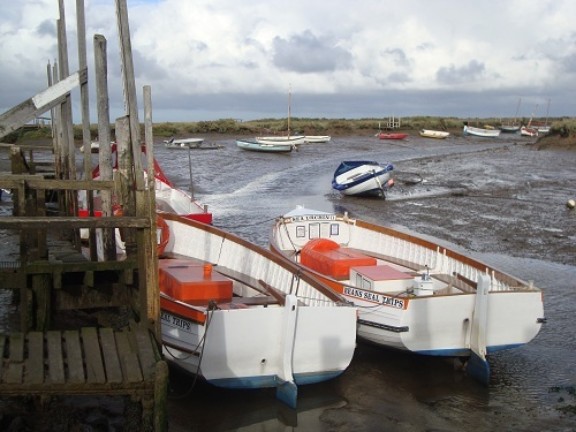 Horsey Gap has no facilities but there is a paid for car park (mind the potholes…). Morston Quay has a car park with toilet cubicles. The National Trust has a great viewing tower plus there is a small kiosk with refreshments (check the website for opening times). And on most days there is a fish van with the catch of the day! You can also park here for boat trips to Blakeney Point.

Brancaster has a large car park, toilets and a kiosk. And is a short walk to the beach. The shop sells snacks, beach toys and mini boards. There are no facilities at Waxham and you just park on the side of the road.

There are so many places to explore in Norfolk and if you are looking to plan your next trip, we have plenty of ideas for you! Browse our Top 5 guides for inspiration.