Modern golf is thought to originate in 15C Scotland although its earlier origins remain unclear with various nations enjoying similar ‘sport’ involving a ball and a stick! Golfing in Norfolk gives enthusiasts a chance to play a nation-wide sport coupled with an indigenous twist – Links Courses.

My concise Oxford dictionary tells me that the word links means:

A golf course, especially one on grass-covered sandy ground near the sea

A Links course is the oldest style golf course, first developed in Scotland, minimal maintenance as the course is kept purposefully ‘rough’ and not technically difficult to construct as major earth moving equipment to artificially ‘shape’ the course is not necessary. Such coastal courses have a distinct feel: playing amid sand dunes, lack of water hazards, few trees, strong winds, uneven ground, often a so-called ‘outward 9’ and an ‘inward 9’ allowing players to cope with opposite wind patterns in each half of their round. Click on this fabulous shot courtesy of Chris Taylor Photo to see Sheringham Golf Club’s close proximity to the sea.

Interesting… James II banned golf in 1457 as an unwelcome distraction to archery… But we can! So here are Norfolk Passport's Top 5 Links courses. All encourage visiting play.

Instituted in 1882, this is the oldest club in Norfolk, giving a classic Links experience. The course originally consisted of a 6 out and 6 back formation but by the end of 1883 there were 18 holes. The tradition of the day, now sadly not commonly used, was to give holes nicknames. This course has The Nelson (!), The Wellington and The Windmill!

Founded in 1888, it attained royal status under the patronage of the then Prince of Wales, later Edward VII. It is cliff-top in character with spectacular seaside views. Substantial cliff falls have over the years modified the course, but no further falls have occurred since 1960’s! 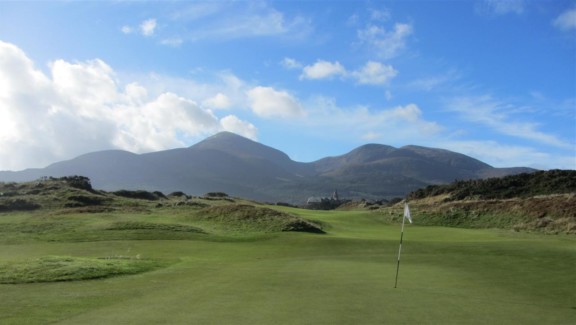 The course at Hunstanton was established in 1891 and hosts events of national standing. It’s rated one of Britain and Ireland’s top 100 courses. Situated overlooking The Wash, golfers often enjoy spectacular sunsets over the sea. (Image in header!).

Founded in 1892, it is often referred to as Brancaster Golf Club. Royal status came from the outset as the Prince of Wales was invited to become a patron from its inception, having been a founder member. Indeed, four members of the Royal Family have since been Captain of the club! The course plays an outward 9 and an inward 9. The setting is very atmospheric with the North Sea on one side and saltmarsh on the other – this image shows the Clubhouse. Holes 8 and 9 are sometimes affected by the tide. Indeed, on a high tide, the whole club becomes inaccessible!

Established in 1891, the Sheringham course is situated on picturesque high cliffs with the North Sea on one side and steam trains, courtesy of the North Norfolk Railway route, running on the other! The Club has a distinguished golfing history and is proud to have hosted many major amateur events, these include: The English Ladies’ Golf Championships, The English Boys Championships and The Senior Ladies’ Home International Matches. 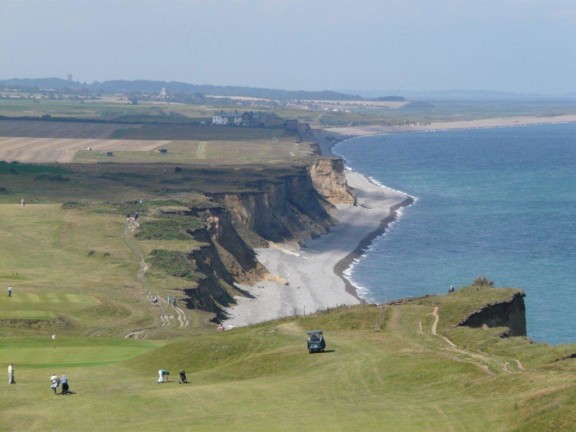